The story of Fisher Wood Stoves is that of a small scale inventor whose ideas grew beyond his control. In 1973 Bob Fisher was working as a metal fabricator - business was slow and he was struggling to support his wife and children, while finishing building his own pole frame home.

He realised that the open stone fireplace he had painstakingly built was inadequate for heating the building and fuel prices for their oil boiler were increasing. He got the idea in his head to build an efficient stove to keep his family warm and spent months sketching, plotting and planning his first Fisher Wood Stove.

Bob Fisher had some basic criteria that he wanted from his stove, and his wife supplied some of her own: 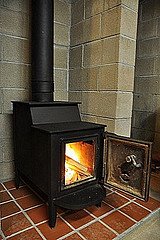 Modern stoves now are substantially more efficient than Fisher's models, but very few are designed to be able to keep a fire in overnight.

With these ideas in mind Bob Fisher designed what became the very first "Papa Bear" Fisher Stove. Getting this far wasn't easy, Bob had to trade in his truck and borrow funds from his mother but once everything came together he assembled the stove, over a day or two

The Papa Bear was an instant success and soon Bob had neighbours coming to look and ask if Bob could make one for them too. With the help of another loan Bob bought materials to make ten more and built a small business making and selling stoves himself. Small businesses seldom have a smooth ride however, and Bob had trouble recruiting reliable staff and marketing these early stoves.

Eventually Bob stumbled on other people who were interested in making and selling his stoves under license. Bob sold them rights to market stoves in a territory and they paid a royalty on each stove they sold of around 6%. At this point the business started expanding rapidly, beyond the scope of individuals to manage. There were problems with people making copy-cat stoves, licensees falling behind on their royalties and issues with gaining safety accreditation from building standards boards across the USA.

The final straw came in 1976, during negotiations for a large manufacturing contract, when Bob himself had a stroke - he had burned himself out trying to do too much and take responsibility for too many problems. Under doctors orders he distanced himself from the business and spent time recovering.

Without him the business expanded and developed into a sophisticated modern business with wood stove development, marketing, sales and manufacturing arms. They expanded the original, very simple, "Papa Bear" stoves into a larger range of wood burning stoves and fireplace inserts. The newer stoves, from the 1980s onwards, emitted very little smoke (around 6g of particulates per kg of wood burned) and met EPA requirements for clean burning, earlier models did not.

These days Fisher Wood Stoves no longer manufacture stoves, although many of the old stove are still around and working well. They can sometimes be found in house clearances or rusting in old sheds. Being built with robust steel and cast iron doors there should be little wrong with any stove you find and, with some tlc and a repaint you could probably get one running again fairly easily. Be aware however that these old stoves do not necessarily meet modern building code or clean air regulations.

The easiest way to tell what model of Fisher Stove you have is by the door design - while stove bodies were manufactured by licencees Bob had the cast iron doors manufactured and shipped. This helped keep track of royalties owed and kept casting costs down. 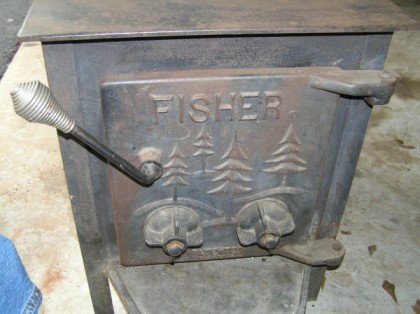 These were double door stoves designed after Bob Fisher stepped down from the company. The wider configuration had the benefits of the original fisher wood stoves but could be run with the door open to view the fire, albeit with a fire screen in place 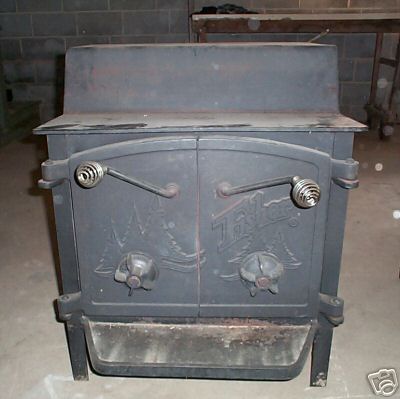 How to learn more...

If you want to find out more about Fisher Stoves you could try this thread on the hearth.com forums

There is also a pdf copy of the history of the Fisher Stove Company here.